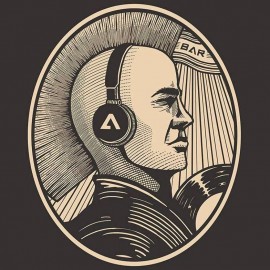 After five years of solid graft and much high quality digital music, Broken Audio are delighted to announce their first forays into the world of physical media with ‘Project Mohawk’, a series of limited edition vinyl EP’s, CD’s, merchandising & bespoke product compilations !?!

Never being the sort of label to do things by halves, the team at Broken have thought long and hard about this important move and the best ways to offer their music and brand to the many friends and supporters around the World, as label CEO Tony explained. ‘Although we are very happy with releasing music digitally, especially given the growth in online streaming and general market share, it can be a cold process and increasingly a ‘me too’ format with new digital labels springing up almost by the minute’.

He went on.. ‘Although there is an obvious cost consideration with manufacturing physical product (over digital media) we believe there are a number things we can do that will give greater emphasis to our music and make it more collectable for those that want to buy it. We have spoken with a number of people that support the label, and a few that collect random music memorabilia to develop a couple of ideas that go beyond simply pressing records or CD’s and sticking them out there for public consumption’

Although some of the ideas are still under wraps, the label has confirmed that the figurehead of the project will be a series of very limited edition vinyl EP’s with an associated ‘jigsaw of art’ commission no less..? Each release will feature 5 tracks, one of which will be exclusive to vinyl with the remaining tracks being available as a free digital download when purchasing it. Artists involved in the project include well established names of the scene such as DBR UK & Meth, plus label exclusive artists Re Turn & Paramount, along with a host of new additions including Bipolar, Soularize, Improper Conduct, Odd Harmonics, G.H.O.S.T, Young G & Jam Thieves